Scarlett Johansson is one of the most sought after actresses today, making her one of the highest paid in the business. She has been in the industry for a while, getting her start as a child actress in films like Home Alone 3 and later had her breakthrough performance in Lost in Translation. But being in the spotlight at such a young age led to some bad habits that the Marvel alum wishes she broke earlier. Thankfully, her sister stepped in with some life changing advice that helped Johansson move forward and overcome her own insecurities. 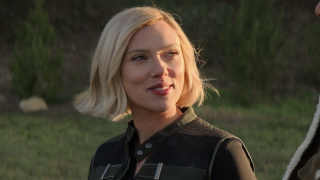 In a recent interview with The Cut, Johansson was asked five questions about fashion, beauty, and skincare. The actress revealed some of her own routines that are important to her, as well as some behaviors from when she was younger that she wishes she would have stopped earlier. When asked about her beauty regrets, the Black Widow star revealed:

I’m glad Johannson spoke on this because this is something that affects so many people. In such an image focused world and such a push for skin care on social media, it’s easy to get compulsive about your skin. Obsessing over every mark or blemish can make the problem even worse, as Johannoson reveals. Her sister agreed and assured her sister that nobody was looking at her skin as closely as she was. Being in front of the cameras at such a young age probably didn’t help either.

Johanson has been open about how being in the industry as a child can affect how you see yourself and the focus you can put on image. The movie star recently reflected on an incident when she was a teenager where a makeup artist made an offhand comment about one of her pimples. The Lucy actress has also spoken up about the pressure to stay thin in Hollywood especially as an actress in superhero movies. While Johansson has reaped the benefits of having a successful career as a Hollywood actress, she opens up about the more difficult aspects of such a face-forward industry as well. Her openness is why her fans love her so much.