Lewis Hamilton has spoken out about his rivalry with Max Verstappen.

Lewis Hamilton has suggested Max Verstappen is more aggressive when racing him because he is the most successful driver in the sport and so is a bigger target. The Mercedes man insisted he can relate to the way the Red Bull star drives as he used to target Fernando Alonso more when he first got into Formula One because he had the most world championships at the time.

Verstappen and Hamilton collided last weekend in Brazil after the Dutchman tried to get past the seven-time world champion on the inside of turn two following an early safety car period. Both drivers fell down the pack as a result with the Red Bull man being forced to pit for a new front wing.

Now, the Brit has suggested Verstappen treats him differently when the pair are battling because he is the most successful man on the grid. However, he insisted he could relate to his rival as he was the same when he first came into the sport. 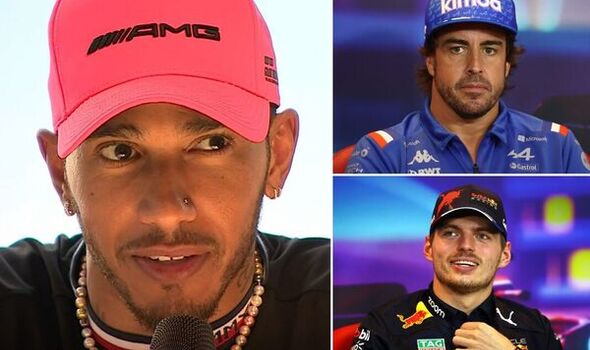 I think yeah, you’re probably right,” he said when asked by Sky Sports‘ Ted Kravitz if Verstappen was particularly aggressive against him because of the number of world titles he had won.

“I remember when I first got to the sport and your target is the guy that has the most championships. It was Fernando (Alonso), then it was Kimi (Raikkonen), because Kimi was one of the best drivers here, and then it was Seb (Vettel), so I think it’s natural.”

Hamilton was also keen to stress that he did not feel there was any deeper meaning other than his on-track success because he never had many ‘in-depth interactions’ with Verstappen. The 103-time race winner suggested the pair have only had a proper conversation once, when the Brit tried to convince his opponent to support the Black Lives Matter campaign ahead of the 2020 Austrian Grand Prix.

Hamilton is hoping Verstappen will ‘grow’ as he gets more experienced but is expecting more controversial moments between them on track. When asked if their rivalry will throw up more contentious clashes, he added: “Most likely. I think I’ll adapt.

“You’ve seen in previous years that I try to avoid [contact] in scenarios. I’m sure we’ll grow, both sides will grow and improve hopefully so we don’t have experiences like we did in the last race, but I wouldn’t hold your breath.”

Verstappen and Hamilton will go head to head on track for one final time this season at the Abu Dhabi Grand Prix this weekend. The race is the 37-year-old’s last chance to keep his proud record of winning one event every season intact with the Dutch driver likely to be his biggest competition for the win once again.