Game changer. It’s a term often used to describe the best shooter to ever grace the NBA. But the real change is happening off the court, where this duo are determined to lift up the kids of their community, and beyond.

Something is missing—a few things, actually—when the Eat. Learn. Play. Foundation hosts its third annual summer fun day for the children of Oakland, California. As the event begins, on a late July morning in the Fruitvale section of the city, the organization’s founders, Stephen and Ayesha Curry, alternately wield paintbrushes and drills as they labor in the heat alongside volunteers to finish building a playground. The place was designed by the kids who will use it, and it includes slides, jungle gyms, monkey bars, and brightly patterned walls—but there’s not a single step-and-repeat carpet, self-congratulatory commemorative plaque, or statue in sight.

When the daylong festivities continue, a few miles south at the Oakland–Alameda County Coliseum, Steph and Ayesha sit in the outfield with 1,200 kids, high-fiving and passing popcorn, as the hometown A’s play the Houston Astros. After the game Stephen mingles with the kids on the field, joining them in race after race around the basepaths. There are selfies with the kids and autographs signed, but no speeches, no awards, no silent auctions or capital campaigns—just a backpack full of books for each kid, which the NBA superstar helps hand out. There are a couple of pitches, but they are aimed not at donors but at home plate—Ayesha’s ceremonial first pitch floats to the batter’s box, while Steph’s sails wide and nearly hits the photographers. The wild pitch is a mistake; the omission of fanfare is not. As the Silicon Valley saying goes, it’s not a bug—it’s a feature.

“Impact, not legacy.” The greatest three-point shooter in ­history needs just three words to explain the principle that governs his work off the court. “We always talk about making it about the work,” Stephen says. “It’s bigger than just us, bigger than our names.” 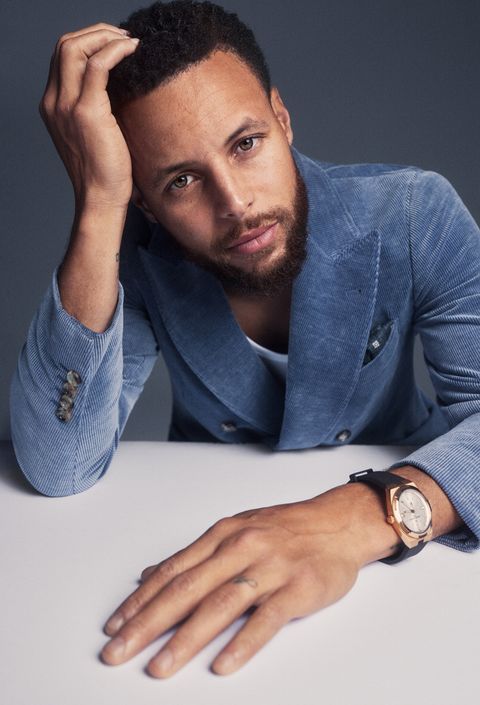 Although he is an increasingly vocal advocate for voting rights and racial equality, he is specifically referring to Eat. Learn. Play. Since its founding in 2019, Eat. Learn. Play. has helped thousands of children in Oakland, building playgrounds and schoolyards across the city, giving away more than 500,000 books, and helping to distribute more than 25 million meals and 2 million pounds of produce. It has brought in partners like World Central Kitchen, No Kid Hungry, and Kaboom! and gotten corporate support from such companies as Workday, Rakuten, Kaiser Permanente, and Under Armour (the last of which is reportedly negotiating a lifetime contract with Curry worth more than $1 billion). When it comes to fundraising, Stephen and Ayesha don’t put on the hard sell. “I’ll never twist an arm,” Ayesha says. Instead they build a coalition of willing partners by showcasing facts and statistics. Some are startling: Nationwide, only one in three third graders is reading at grade level, while only 15.4 percent of Black and 12.5 percent of Latino elementary schoolers in Oakland read at grade level. “When you have passion about something, there’s a natural gravitational pull,” Steph says. “The mission does sell itself.”

“Unlike a lot of prominent folks lending their voices, ­Stephen and Ayesha really see and appreciate the interconnection between hunger, education, and kids’ health,” says Billy Shore, the founder of Share Our Strength, which oversees the No Kid Hungry campaign. “And that’s a huge, huge leap. I say this having done this work for a long time. Until you see that connection, you’re pushing a rock up a hill that will keep sliding back down on you.” 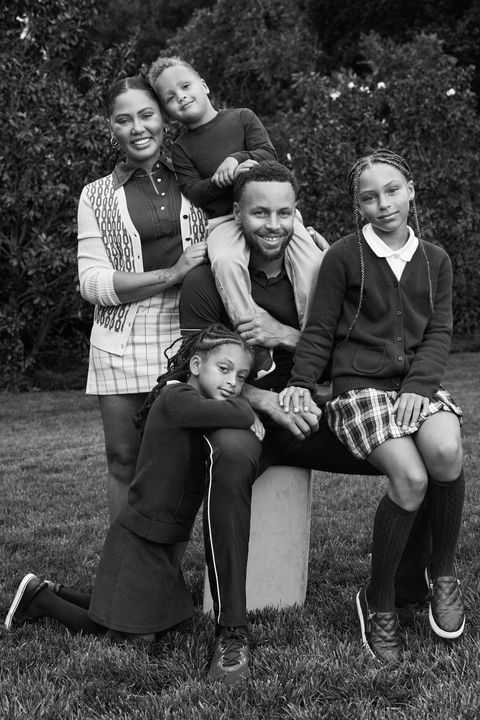 Steph and Ayesha Curry make giving back a family affair with their children: Riley, 10; Ryan, 7; and Canon, 4.

It’s two days before the summer fun day, and Steph is sitting on a sofa, a sticker-covered MacBook Pro open on his knees. Dressed in a navy polo buttoned to the top, designer track pants, and a black pair of shoes from his Under Armour line, the 34-year-old Golden State Warrior is sending emails and reading updates, catching up on administrative work ahead of the foundation’s anniversary event. Last spring he graduated from Davidson College with a degree in sociology (his thesis was on gender equality in sports), fulfilling a promise he made in 2009, when he declared for the NBA draft following his junior season. Now, barely a month after winning his fourth title and first NBA Finals MVP, thrusting his name into the GOAT conversation, this is how Stephen Curry spends his time.

After a few minutes Ayesha joins him on the sofa. A TV personality, cookbook author, restaurateur, actress, and influencer, the 33-year-old is a celebrity in her own right. The couple, who first met in church as teenagers, set out to create a foundation that harnessed their passions. “We knew our heart lay within the community,” Ayesha says. “When it came to what we wanted to advocate for, for him, that was always education and being active. For me it was always food and childhood hunger.”

Hence the name Eat. Learn. Play. It was short, descriptive, and memorable—and they didn’t want something like the Stephen and Ayesha Curry Foundation. (Though that’s exactly what their business managers initially registered when applying for nonprofit status. The mistaken assumption was “discussed.”) Ayesha has always been wary of programs that exalt donors as saviors. “That kind of help is very self-validating for a lot of people,” she says. “We don’t want to encourage that. It wasn’t goal one or even one thousand.”