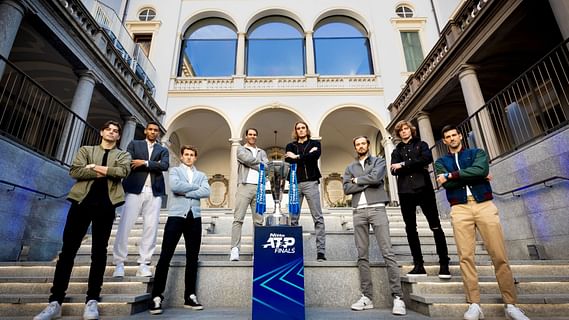 The billboard on “50 Years of Gaming Changing Tennis” features the former World No. 1 looking at the ATP Finals trophy and a write-up on his career, headlined “Novak does the unthinkable.” Jelena and her children, whose faces were masked with emoticons, looked over the moon as they happily posed in front of the advert. 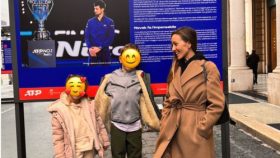 Novak Djokovic is currently playing in the Nitto ATP Finals in Turin. He got the better of Stefanos Tsitsipas 6-4, 7-6(4) in the second round-robin match and will be up against the Russian Andrey Rublev next.

He is looking to win an elusive sixth crown that will put him alongside Roger Federer to have won the most ATP Finals titles – six. The Serb’s last ATP Finals trophy came in 2015.