BAYWATCH star Alexandra Daddario risked a wardrobe malfunction at the premiere as she went braless in a plunging dress.

The jacket-style dress flattered the 31-year-old’s gorgeous figure as she teamed it with high-heeled boots, but she couldn’t help look concerned that she was going to show more than she bargained for.

As Alexandra walked the red carpet in Berlin she put her hand across her to make there weren’t any shock slips.

She was joined in at the event by castmates, Kelly Rohrbach, Ilfrenesh Hadera, Priyanka Chopra, The Rock, Zawc Efron, and David Hasselhoff who put on a very amorous display with his girlfriend Hayley Roberts.

The cast seemed unbothered by the terrible reviews the film has received – which the Rock even took to Twitter to respond to. 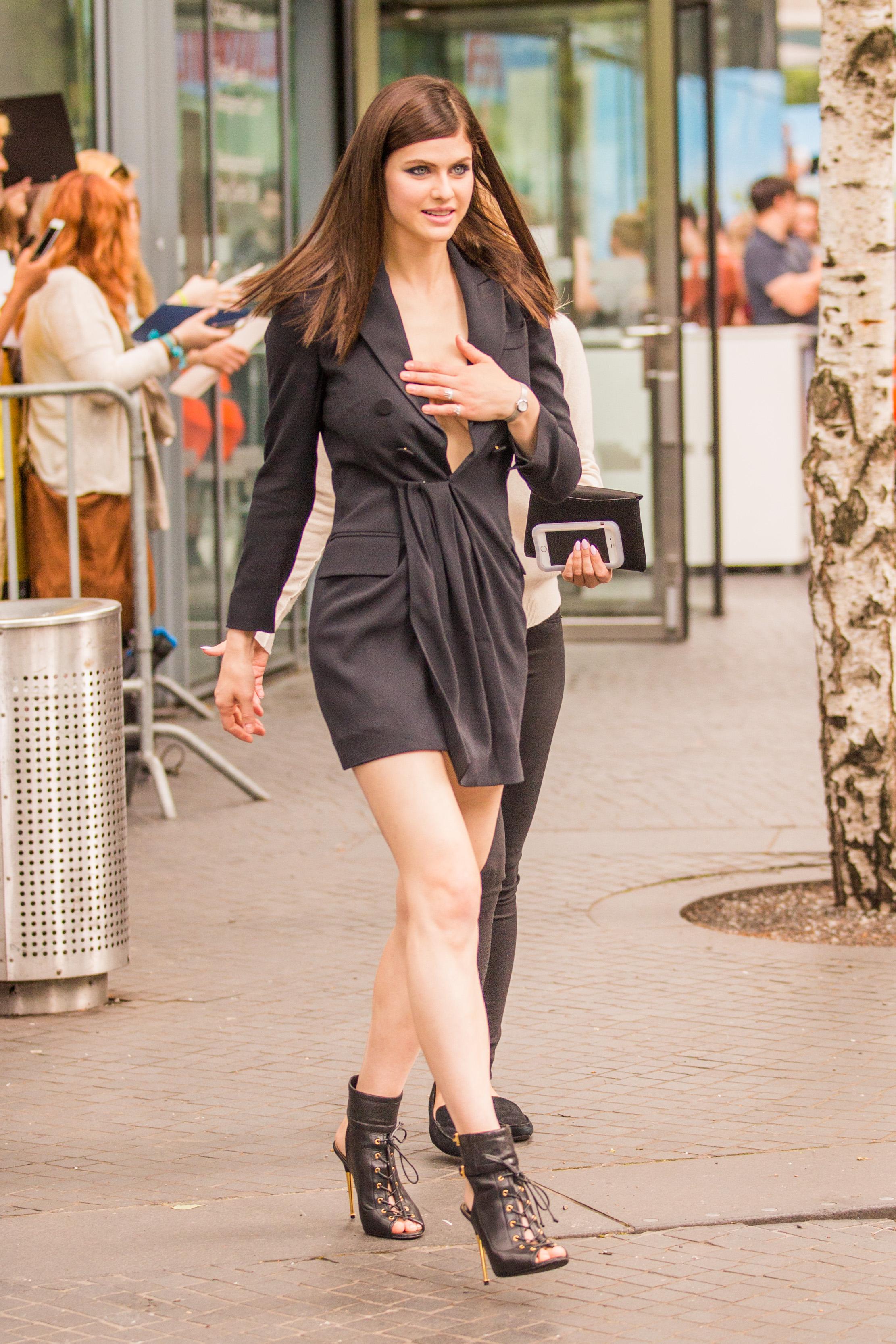 At the time of writing, Baywatch currently has an abysmal 19% rating on aggregate site Rotten Tomatoes – taking into account over 131 reviews across the world.

Now the actor has jumped to the defence of the movie, where he takes over David Hasselhoff’s character from the original flick.

Venting his frustrations over the score on Twitter, he wrote: “Yay positive upticks. Fans LOVE the movie. Critics HATE it. What a glaring disconnect. People just want to laugh & have fun.”