Max Verstappen has been spotted at a lively party in Monaco with fellow F1 star Lando Norris as he continues celebrating his back-to-back world title wins. The Red Bull driver was confirmed as the second-youngest two-time Drivers’ Championship winner at the Japanese Grand Prix earlier this month.

Verstappen wrapped up a dominant title pursuit in confusing fashion at the Suzuka Circuit after heavy rainfall and a lengthy red flag limited the 53-lap race to just 29 laps. As a result of between 50 and 75 per cent of laps being completed, it was initially believed that full points wouldn’t be awarded.

However, Japanese GP rules stated reduced points would only be applied if the race ‘couldn’t be resumed’, handing Verstappen maximum points. And after Charles Leclerc dropped from second to third due to a five-second time penalty for gaining an advantage at the final corner, the Dutchman had secured the eight-point margin he needed with four races to spare.

Verstappen has wasted little time celebrating his triumph, and footage of him partying with McLaren’s Norris behind a DJ deck over the weekend has emerged on TikTok. Another video of the shindig appeared on Instagram, showing the 25-year-old being hailed with an impressive cake to commemorate the occasion. 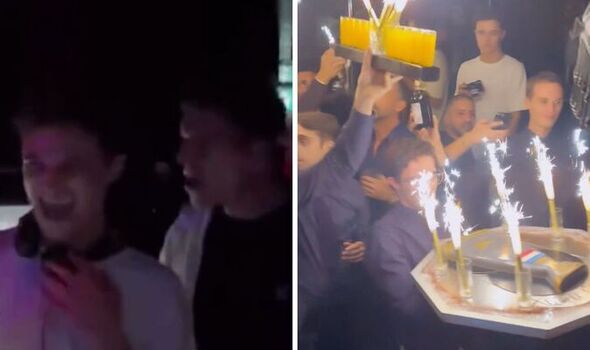 After being told he was the back-to-back world champion in Japan last week, a surprised Verstappen expressed his delight after he had crossed the line thinking he’d likely have to wait until this weekend’s United States Grand Prix in Austin. He told Sky Sports F1: “The first one is a little more emotional; the second one is more beautiful.

“It’s been a special year, and you need to remind yourself as these kinds of years you don’t have very often. It’s a pretty crazy feeling, of course, because I didn’t expect it when I crossed the line. Of course, you could see it slowly happening, but it’s incredible at the end of the day that we did win it here. I didn’t know how many points I was going to get.” 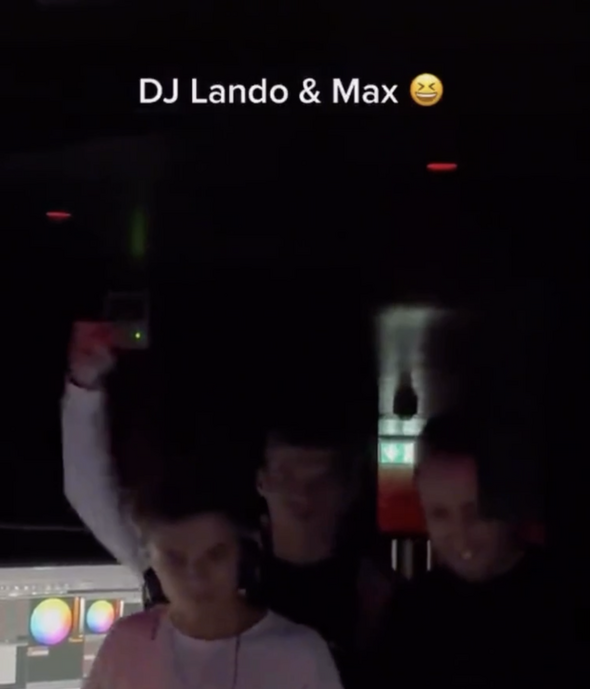 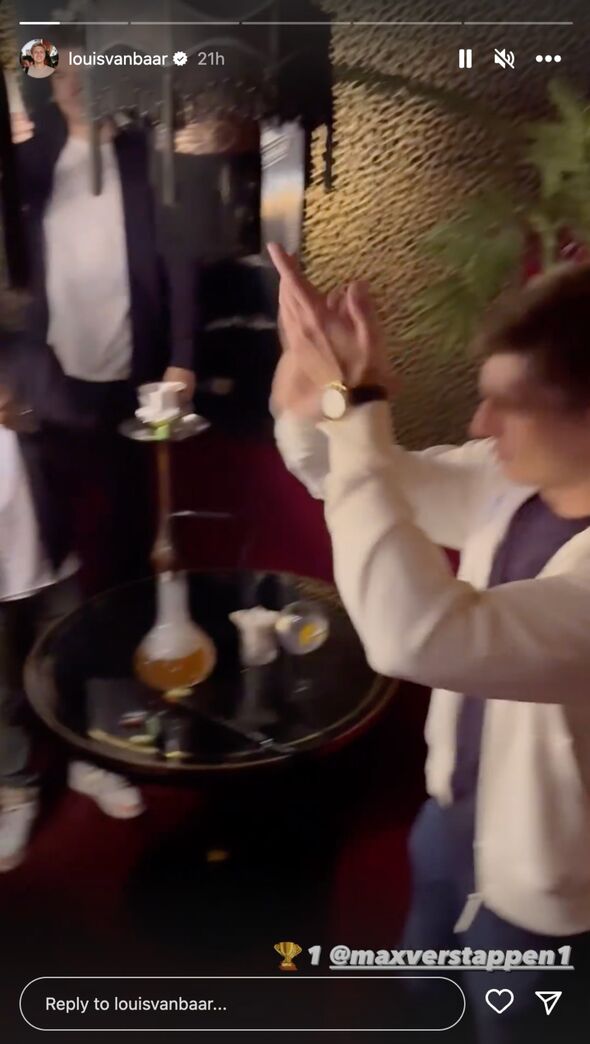 Max Verstappen was presented with a cake. (Image: INSTAGRAM/@LOUISVANBAAR) 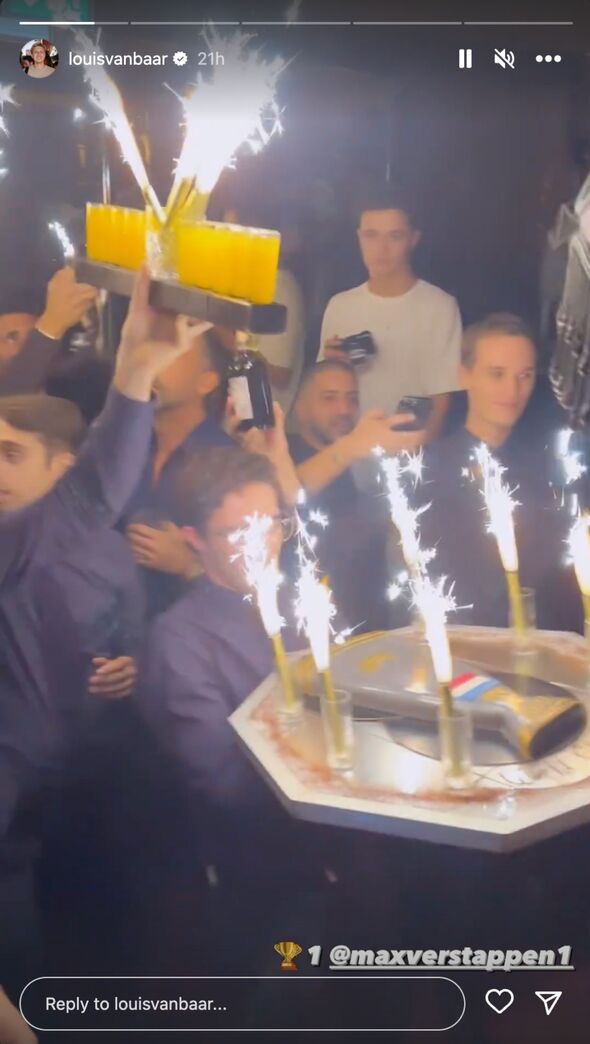 It’s set to be a victorious season all-round for Red Bull, who are expected to clinch their first constructors’ championship since 2013 this weekend. Ferrari will need to outscore them by 19 points if they are to delay their title celebrations.

While Verstappen is the confirmed world champion, there is still plenty to race for in the final four outings as he pursues F1 history. One more race win would level the record of 13 in a single season, and 54 points would match Lewis Hamilton’s tally for the most in a campaign