Mercedes have supposedly devised a plan that could see them return to the top of F1.

Mercedes team principal Toto Wolff is supposedly ready to breach the budget cap in future if Red Bull aren’t significantly punished for their alleged 2021 overspend, according to extraordinary reports. The FIA believe that Red Bull are guilty of a ‘minor’ offence that could total millions, which has riled many in the Mercedes camp after Lewis Hamilton lost a nail-biting title battle last year.

This week, the FIA confirmed that Red Bull had failed to meet last season’s £114million cost cap after delaying their conclusion, which was originally due to be released last Wednesday.

The specifics are yet to emerge but a ‘minor’ breach could signal an overspend of up to £5.7m.

Red Bull are still to receive their punishment and while some Mercedes fans are hoping for a 2021 points reduction that could hand Hamilton the title, the general feeling is that other action, such as a fine, is more likely.

Wolff is supposedly ready to respond with his own budget cap antics if the FIA don’t set a strong precedent by dealing with Red Bull. 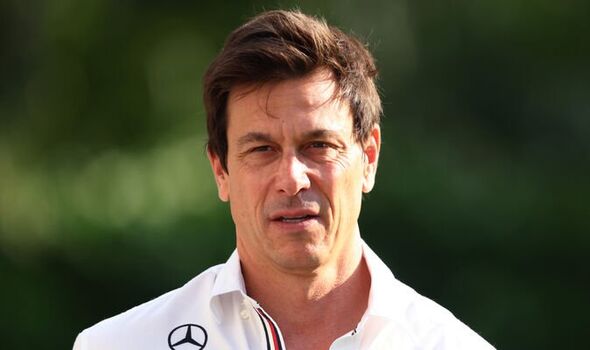 According to Corriere dello Sport, via FormulaPassion, Mercedes have already discussed planning a big budget and paying any subsequent fine if it means getting back to the top.

That’s on the basis that Red Bull would have to pay the FIA five times the amount they overspent by, so a £2m breach would result in a £10m fine.

Hamilton feels that if Mercedes had matched Red Bull’s spending from last season, it would have been the difference between him winning and losing the world title.

As it happened, Red Bull’s Max Verstappen clinched the crown via a dramatic final-lap shootout in Abu Dhabi.

Red Bull boss Christian Horner has been left to defend his team in the media and he claims that their finances are above board, putting the FIA disagreement down to differences of interpretation.

F1 expert Martin Brundle says that measures should be taken to make team principals more personally accountable but, in contrast to reports from Italy, he believes that Mercedes could never be seen to breach the financial regulations.

“It’s got to be made clear that you stick to the cost cut or it’s going to hurt,” he told Any Driven Monday.

“[The touted amount] could be a new front wing or a floor or something like that. All of the teams, somehow or other, will be making the absolute most of their interpretation of these regulations.

“That needs to be the same for all teams. I’d like to think, and I understand it to be the case, that someone like Toto has to sign a document to comply with these.

“Christian Horner at Red Bull, all the key personnel and financial personnel should be personally locked into this.

“That’s a critical area, so that they’re responsible and accountable, as well as their company, in being transparent and honest with these numbers.”